The  Timber Sluice Gates and Trash Rack Repair Project was successfully completed this week by Narragansett Dock Works (NDW). The gates perform well and the reservoir is being allowed to refill to its normal operating level.

In general, the project included the installation of three new timber sluice gates, a complete replacement of the timber trash rack slats, some reinforcing of the trash rack support structure, re-securing the existing gate guides to the gate house foundation, and pointing the existing masonry comprising the gate house foundation above the water line.

One of the attached pictures shows the new Trash Rack and the other is showing the new gates in the closed position.

Pictures Of The New Dam Gates and Trash Racks Installed 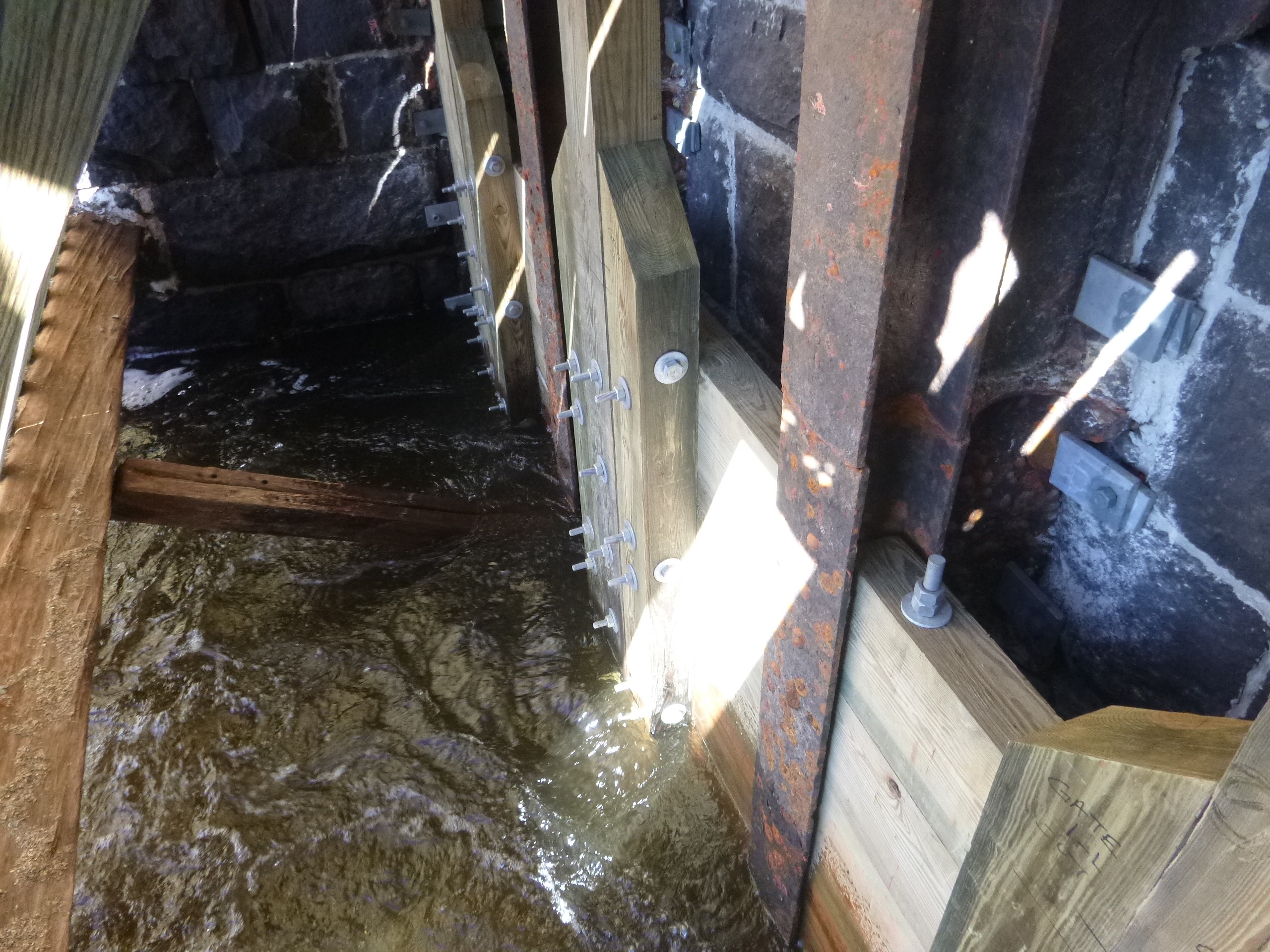 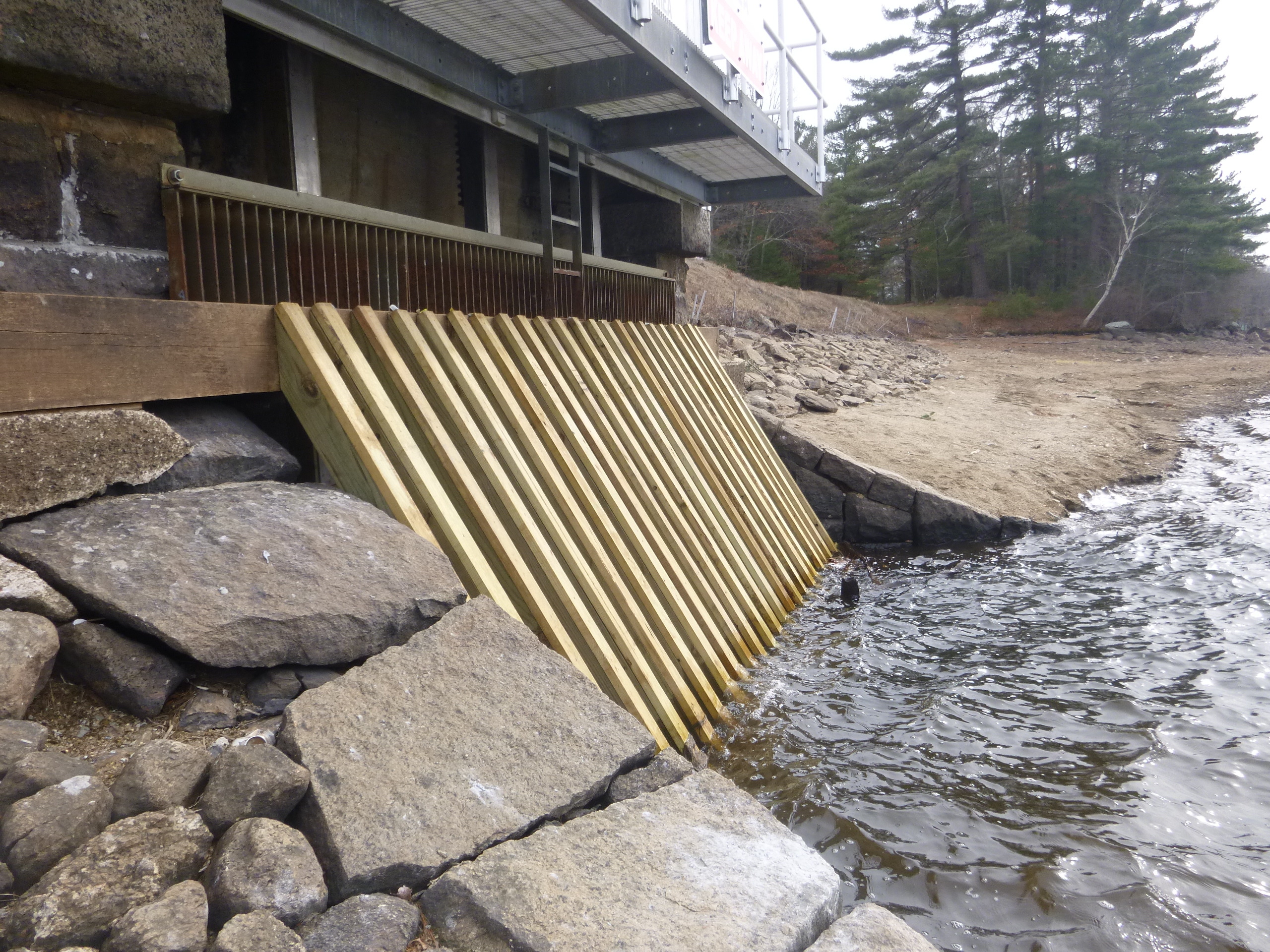 Pictures Of The New Dam Gates While Under Construction 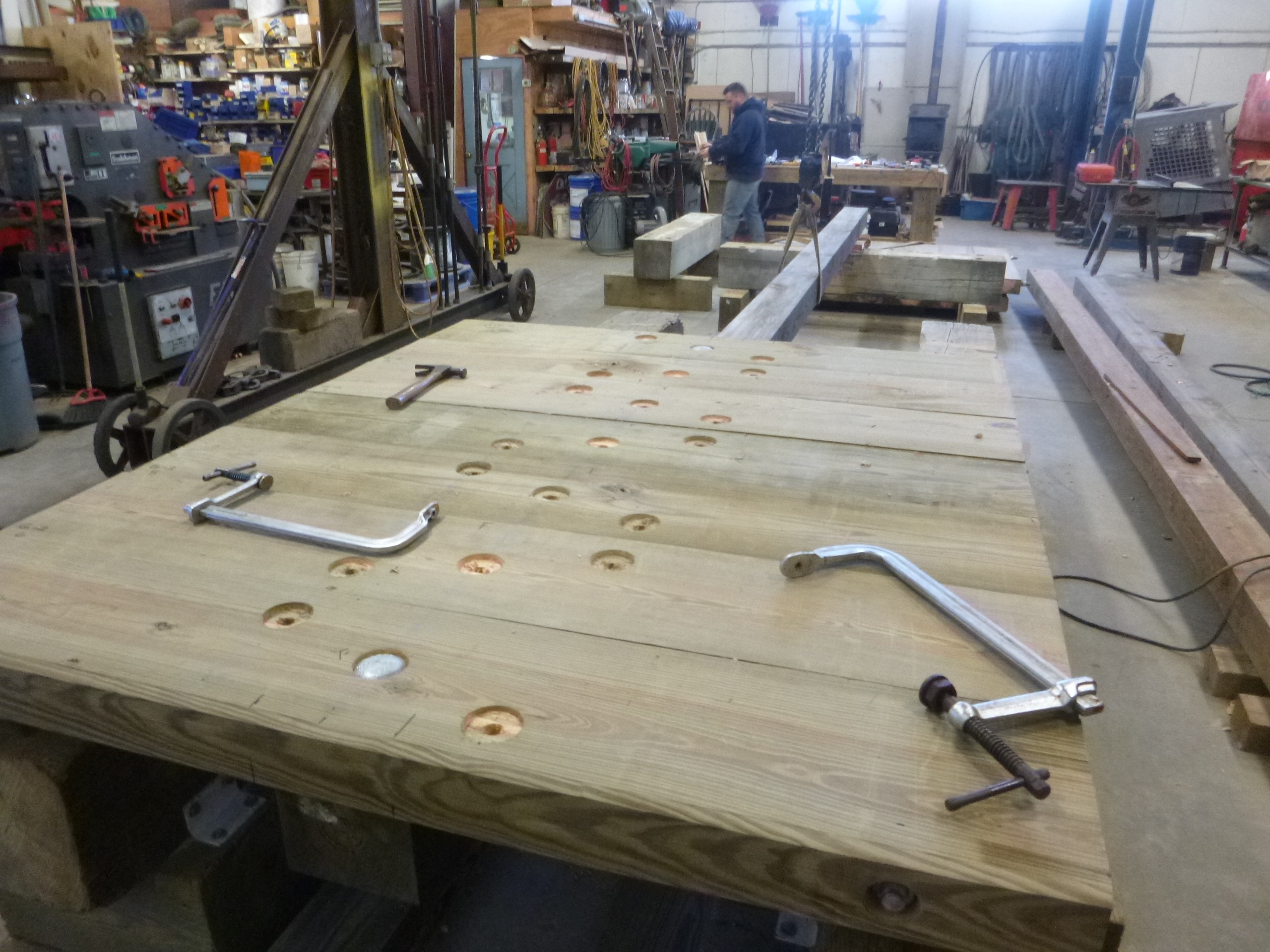 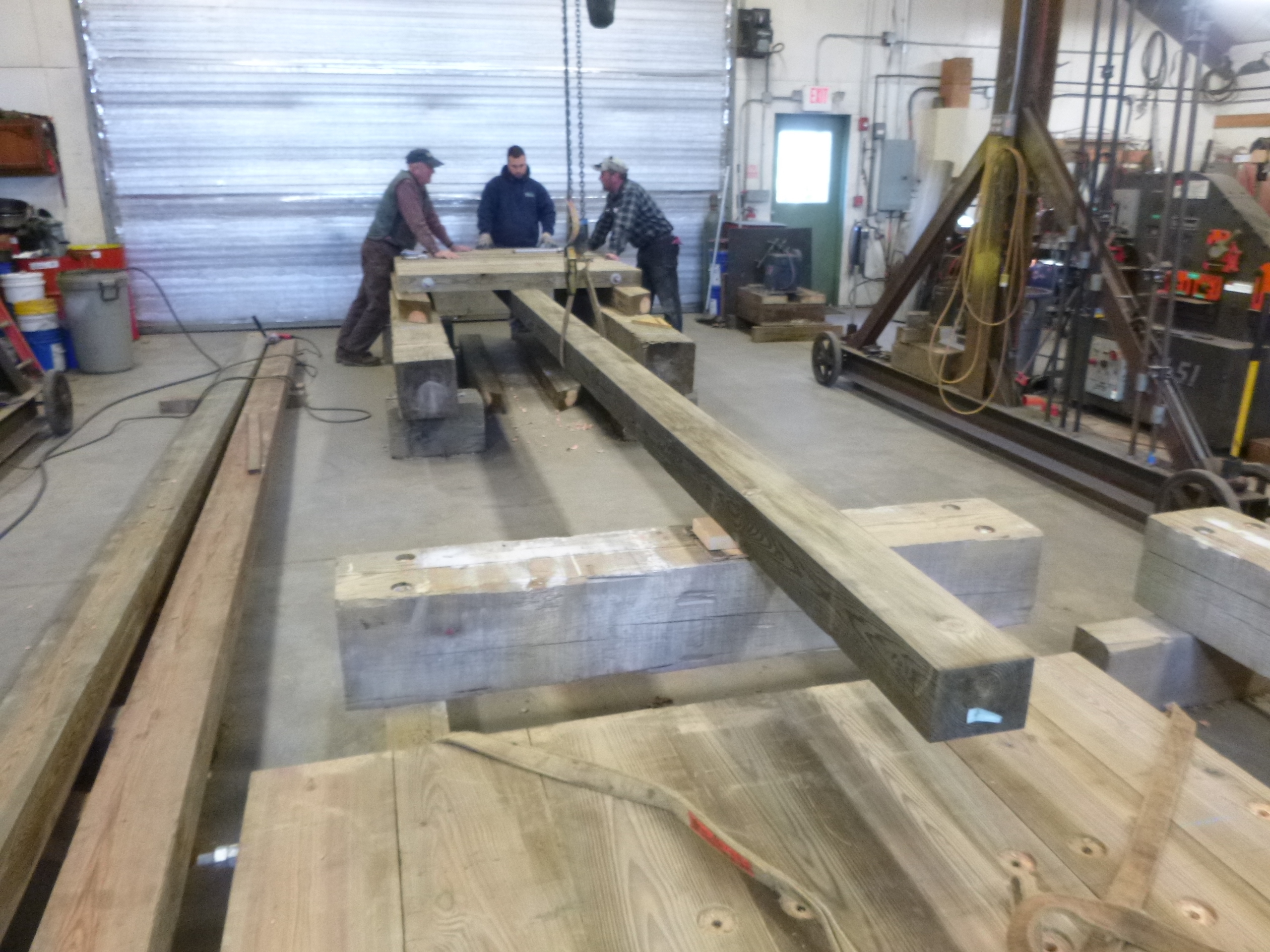 Based on reports as of 1/14/16,  the new timber gates should be on site this week  (week of 1/18/16). The contractor NDW (Narrragansett Dock Works) will mobilize a crawler crane to lower the gates into position. The crawler crane will travel along the south abutment of the dam on timber crane mats and should be on site this week. The crane will be positioned south of the gate house during the actual gate installation.

NDW will install the new timber gates and new attachment plates to secure the existing gate guides. The existing bolts that hold the gate guides in place were found to be very poor condition during the pre-construction video inspection, so additional attachment plates had to be made and galvanized (these have also been fabricated). Concurrent with or following this work the masonry pointing and timber trash rack repairs will be performed.

The current estimate of time to completion is 4-6 weeks weather depending.

On or about December 12, the water level in the pond reached  -12 ft. below spillway (full pond). This is the trigger level for construction repairs to begin on the dam’s oak outflow gates and trash racks.

We have reached this point approximately 7 weeks later than was originally planned due to downstream problems that hindered the allowable pond drawdown rate.  The repair project is now in the hands of the contractor selected to perform the repairs. The original schedule projected a completion in early January; however based on the drawdown delay, it appears that we are now looking at mid to late February for this completion.

As of today (11/16/15), the drawdown will commence again. The initial attempt will be to go to a gate setting of ½ gate open.

As of today, the drawdown is still on hold but still to come.  On 11/2 an attempt was made to start the drawdown again. However the increased outflow caused problems downstream at the Anthony Mill  construction site. The drawdown was again halted on 11/4.

The downstream construction at Anthony Mill must be completed by 11/24 or lose federal funding and it is expected that the drawdown would commence again no later than that date.

The contractor doing the Johnsons Pond Dam repairs has been given a second extension of time to complete these repairs while at the same time being asked to start work on items which can be performed at the current water level. Needless to say, the original target date of completion (1/1/16) is no longer valid and will push towards the end of February 2016.